My feelings aren't a game. They say "before end of fiscal year", "still in 26th without pre-announce it", "hitting April's Fool Day". I only want all this to end and be together again with my love, traditional Paper Mario.

Either side is a way. 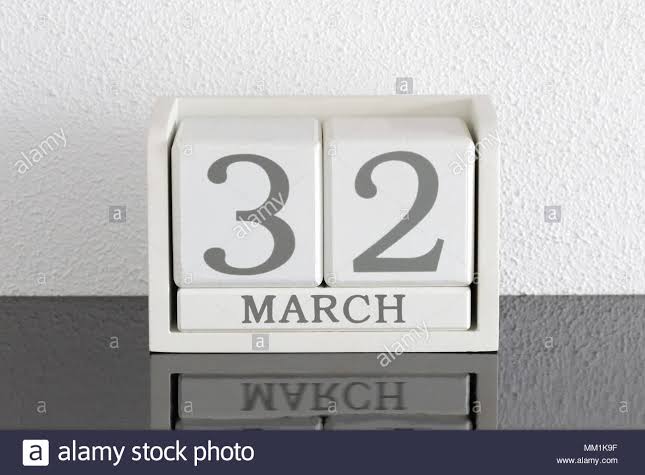 If it is still happening today, I assume their thinking is that so many people are quarantined at the moment that you don't need to give people a day's notice.

It's dangerous to go alone! Stay at home.

@Dezzy
Or perhaps the date is off by a day like the Indie presentation was and we'll get a Direct on a Friday for a change. You never know with Nintendo.

Destiny, justice and retribrution will be mine.

I'm just going to leave this here. Thought it was funny.

This may or may not be relevant regarding the Nintendo Direct, if games are ending up being delayed due to the coronavirus.

"Japanese studios in particular, the person said, have insisted on meeting and signing contracts in person, pushing more projects into limbo until after virus-containment measures are relaxed."

So at what time would you guys expect an unannounced Direct to take place? Or do you think they would announce it 1-2 hours before? 😕

@dionysos283 Yesterday or Tuesday. Otherwise it’s not this week. I’m just not expecting anything from Nintendo for the next few weeks.

They might announce a Direct is happening later today.

@Don If I were you, I wouldn't have too much hope. At most, they release a Direct Mini, but that too is very unlikely and would be a big disappointment after 200+ days, as Direct Minis never really announced any relevant games.

Just trying to be optimistic. I figured the reason they were announcing a Direct a day in advance was because people were at work and won’t be home in time to see the announcement to watch the presentation. Now most of us are home maybe there’s still a slim possibility of them telling us a few hours in advance to watch the presentation later today. I guess if there’s no Direct today at least we are getting the Star Wars Jedi Academy game on PS4 and possibly on the Switch too.

Nintendo can't hold a direct because they can't guarantee launch dates for any of the new software that they may show. There's no telling when people worldwide will be able to get into shops to buy physical, which limits the profit Nintendo can hope to make. Nintendo work to a well thought out cycle of hype, launch, hype launch for their products. Right now, they can't do that as there is no guarantee as to when these titles can be launched. Having a direct without release dates means that whilst they'll have some hype for a while, it will not fit into the cycle that has served them so well before hand. With all this in mind, it makes little business sense for Nintendo to hold a direct. It's best to respect that Nintendo is a business, and will make its decisions based upon potential profit, rather than clutch at vague hopes that they'll deliver something just so that we can be entertained. We had an Indie Direct because most of those games will be digital releases. I know this is pessimistic, and believe me I'd love to be proven wrong, but I just can't see any chance of us having a direct.

@Kasma88 That’s certainly an argument, but Directs are not great on confirmed release dates anyway. Often it’s just “this summer” or “this winter”. And then, even when dates or ballpark times are given in Direct, they can still be moved without much compunction - see Dark Souls Remastered and Animal Crossing.

@Kasma88 The counterargument to that is that Nintendo also has to make profit each year. They can't go the next 9 months without a single release. If that means a digital only release for a major title, than so be it, I'd think that's more likely than not releasing a game all year. And we're getting close to the cutoff for announcing games that'll come out this year.

...we're getting close to the cutoff for announcing games that'll come out this year.

There's no such thing as a cutoff, apart from when the year actually ticks over into the next year.

What better way to celebrate than firing something out of the pipe?

Nothing is true. Everything is permitted.

@link3710 What cut-off? Nintendo has up until end of June to announce their games. And I imagine with the exception of Xenoblade Chronicles Remaster, everything they have planned is for the second half anyway.

Please login or sign up to reply to this topic

Your recently viewed topics will appear here. Login or Sign Up